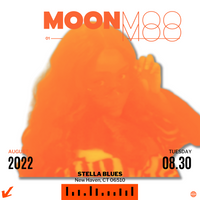 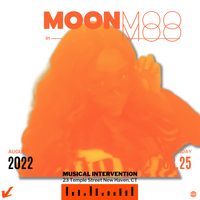 The modern era of music has given way to enigmas and artists of all shapes and forms who break the norm of what we have come to expect as far as what an artist truly is. Moon Moon Moo is one such artist that epitomises the essence of the modern era. A multi-talented vocalist and rapper born in Harlem, New York, NY and raised in Atlanta, GA.

Moon Moon Moo is making music that is thoughtful, conscious and driven by a desire to motivate and spread love and joy to all those that hear it. Moon Moon Moo has had a vast array of musical influences however she accredits the pivotal influences in her music to Lady Gaga and Nicki Minaj as well as the electro-pop era of 2009-2012, in which artists such as Icona Pop, La Roux, Ke$ha, and Katy Perry came to the fore.

Moon Moon Moo is the embodiment of originality and uses her musical acumen and ideas to create an amalgamated and original sound. After hearing Azealia Banks 212 the enigma began rapping to house beats and she eventually carved out a completely new sound.

Moon Moon Moo currently has two singles titled “New York City” and “Dress Me Up” which showcase her lyricism and smooth vocals in a uniquely constructed piece of musical artistry. Her music exhibits not only her versatility and vocal prowess but has surely cemented her style and paved the way for the varied expressions of her musical ideas and artistic craft.